Linn Run is a small, free flowing stream in western Pennsylvania that holds a decent number of trout. The stream rises on Laurel Summit on the border of Westmoreland and Somerset counties. It then flows somewhat swiftly down the mountain and through Forbes State Forest and Linn Run State Park before emptying out into Loyalhanna Creek near the community of Rector.

Linn Run flows clear most of the year. It has many shallow sections but those are interlaced with holes and other features that give fish plenty of places to hide. The most popular part of the stream is undoubtedly in the state park. That section gets plenty of fishing pressure in the spring.

The PA Fish and Boat Commission stocks Linn Run with hatchery raised trout each year. In the past they stocked brook trout. In recent years they stocked rainbow trout. Those introduced trout join the native brook trout already in the stream. Although trout stocking takes places in the spring, some trout can actually be found in the stream year round. The water is well shaded by trees which helps it stay cool. 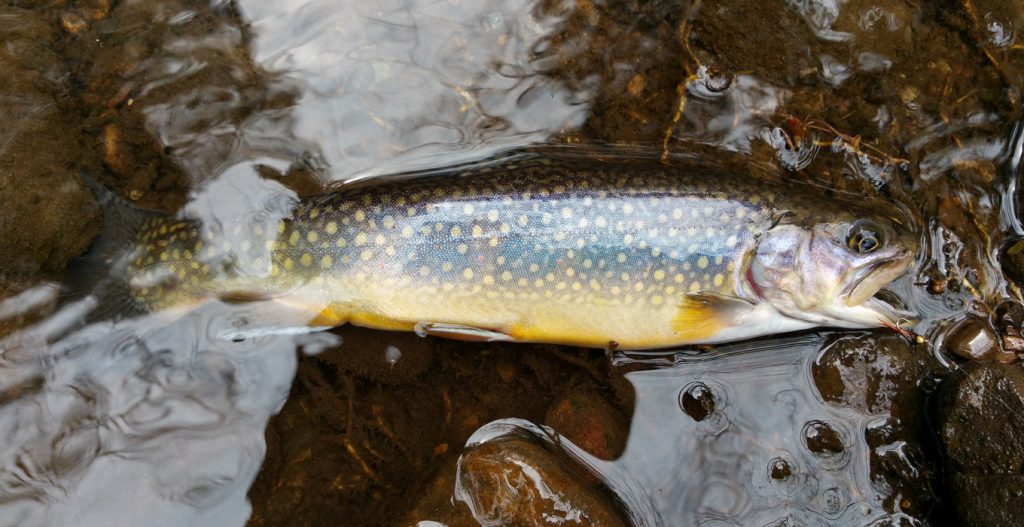 It is unlikely you will find many fish species other than brook and rainbow trout in Linn Run. You may encounter the occasional brown trout or perhaps even a tiger trout in the stream. But that would only happy if the fish are stocked incidentally or swim up from Loyalhanna Creek. You may also encounter some native species of fish like striped shiners, especially in the lower reaches of the stream.

Linn Run is a quality small trout stream that is quite easily accessible. Because of this, the stream does get draw a good number of anglers. That is especially true around the trout season opener in April and days when the stocking truck rolls around for an in season infusion of fish. But it is usually quite easy to find some room to fish in the 612 acre (248 ha) state park if you’re willing to look.

The fishing in Linn Run is mainly for brook trout in the 7 to 12 inch range. The native brook trout are usually smaller than that. Rainbow trout are now being stocked up to as large as 15 inches. But most are smaller. So you do not need to go big with your presentation, even if brook trout do have rather large mouths for their bodies. You may find a much larger fish in this stream. But don’t count on it. 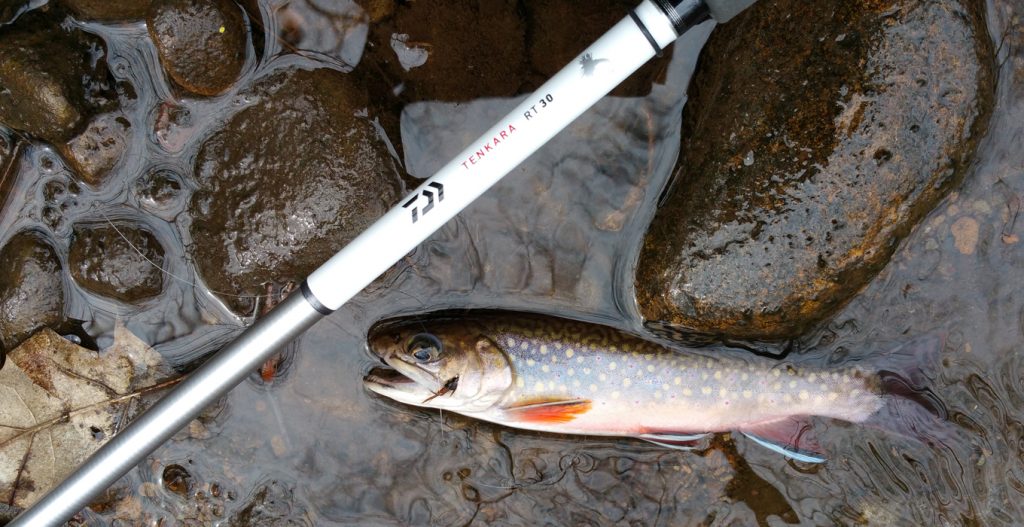 A “Pennsylvania style” approach mentioned in famed angler Joe Humphrey’s well known book “Trout Tactics” decades ago can still be seen in use at Linn Run with regularity. This approach consists of fishing a rigged minnow on a fly rod. The minnow is held in the current and worked through seems and spots by an angler who sits at the head of the pool. The method does work. That is why people continue to use it. But many other fishing styles work too.

The most effective overall approach would probably be fishing red worms on small hooks and light lines. A red worm fits nicely on a size 10 octopus hook. With clear four pound test and a long light action rod, you can easily flip red worms upstream and follow them as they float naturally back down the stream. Brook trout will often snap up the worms as they flow past. Fish in the likely spots including deeper holes. But also look for places behind rocks and log jams where fish can get a break from the current while still watching things flow past. Red worms are usually available at Barb’s Country Store on Linn Run Road right before the entrance to the park.

Fly fishing can also be quite effective here too though there’s not much need for big rods or back casts. Linn Run is a small stream with a lot of cover. A three weight rod and 4x or 5x tippet will work fine. Nymphs like Pheasant Tails and Copper Johns in sizes 12 to 16 fish well here. You might also pick up some fish on general dry flies like the Yellow Humpy in size 10 to 16 in the right conditions.

Linn Run offers a great opportunity for tenkara fishing. The flow of the stream and layout of the land around it is especially suitable to fishing flies with a tenkara rod. I have been quite successful using tenkara rods combined with a “Euro” or technical style of nymphing there.

Mainly that means I attached a length of fluorocarbon line to the end of the tenkara rod. Then I cast nymphs like Czech Nymphs and soft hackles to the head of the small pools and likely lays we find. I then follow the drift of the flies while watching the line. If the line twitches, I set the hook. It sounds simple, and to some extent it is. Still, this approach has worked well and consistently.

Linn Run is classified as a stocked trout water by the PA fish commission. That means it is closed to fishing from late February until the trout opener in early April. Species of fish other than trout in Linn Run fall under general regulations. But no angling of any kind is allowed in Linn Run during the closure in the run up to trout season.

Fishing in Linn Run can be done with traditional angling methods using bait, lures and flies. Anglers are permitted to keep five trout over seven inches during regular trout season. The limit is lowered to three trout during the extended season later in the year.

To the best of my knowledge this is accurate as of the time of writing. Of course regulations are subject to change. For current regulations be sure to check the Pennsylvania Fish Commission website.

Linn Runn fishing at a glance 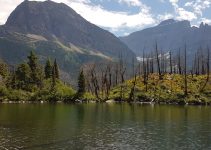 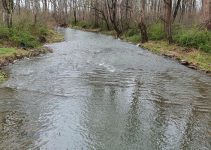 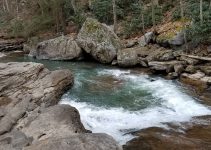