Tenmile Creek is a low-gradient stream in Southwestern Pennsylvania that is home to a good number of fish. The stream rises near the borough of Green Hills. It slowly flows for over 30 miles through fields, forests, farms, yards, parks, industrial job sites, and old coal mines before meeting the South Fork of Tenmile in the town of Clarksville. There the streams doubles in size and flows passed a few more towns and marinas before finally emptying into the Monongahela River.

An upper section of Tenmile Creek near the town of Amity is stocked with trout by the state’s Fish Commission and managed as a “stocked trout stream.” Other areas are stocked with trout by private organizations. The introduced trout join a host of native fish including bass, drum, and musky.

Like many area streams and rivers, Tenmile Creek is damaged by the environmental impacts of agriculture and industrial practices. It’s also impacted by the remnants of the coal mining industry which once boomed in this part of the world. Still the stream continues to support fish from one end to the other.

The trout in Tenmile Creek are stocked by the fish commission and other private groups a few ties each year. They are introduced cold water fish and the vast majority do not survive. Tenmile Creek is a warmwater fishery. Species like smallmouth bass, rockbass, northern hogsuckers, and freshwater drum are native here. Carp are also introduced, but they thrive in Tenmile’s slow flowing and often turbid waters. 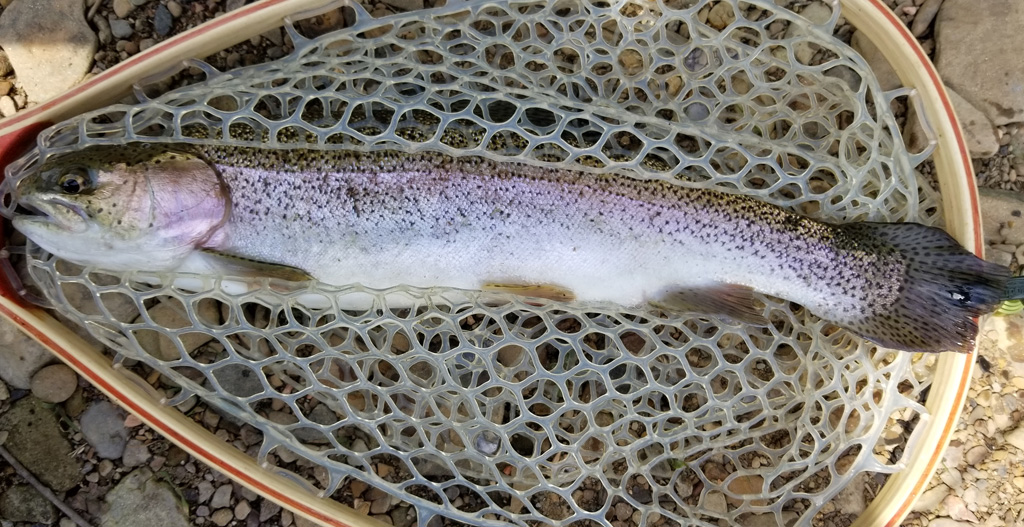 There is an old mine dam across Tenmile at the town of Marianna. This blocks fish migration and limits navigation. Most people who canoe or kayak the stream start below the dam. Of course the fish don’t have that option. The dam has also backed up a lot of sediment over the years. There’s also an abandoned low water dam further downstream on on Pump Station Road.

At one time, Tenmile was one of the better smallmouth and rock bass fisheries in the region. Then things started to change. Fishing for smallmouth and rock bass hasn’t been nearly as good in recent years. You can still catch plenty of bass in Tenmile, but it is certainly not like it used to be. I suspect there are a number of reasons for that. Unfortunately I don’t expect things to turn around anytime soon. As it stands, it’s still a decent place to catch a lot of different fish.

From its headwaters down to the town of Clarksville, Tenmile Creek is home to a lot of bass and at times a decent number of trout. They will all readily take lures fished on 4 to 6 pound clear monofilament. I’ve always done well with size 5 and size 7 Original Floating Rapalas in natural colors here. Pink trout worms drifted naturally with the current also catch a lot of smallmouths, rock bass, and trout here. Live bait like redworms works a lot better for hogsuckers and redhorse. 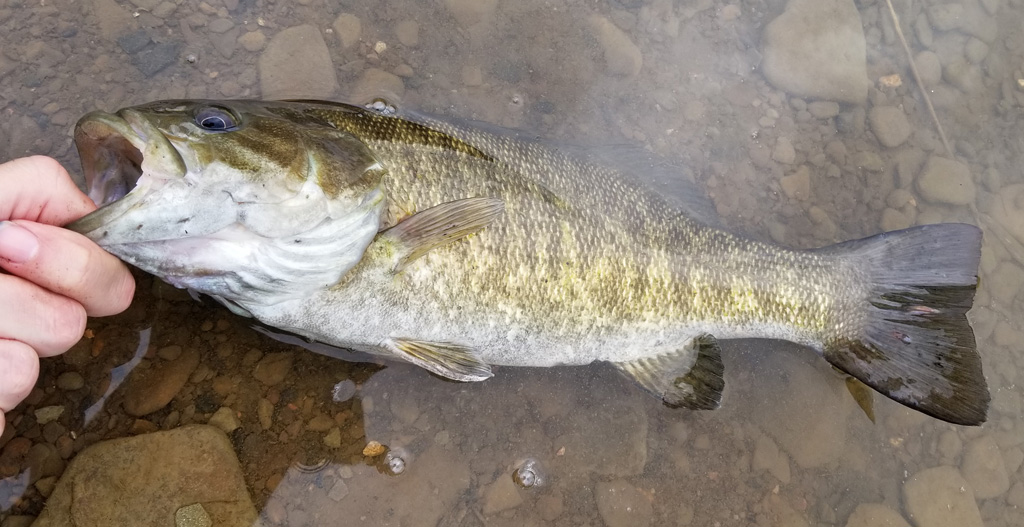 The lower reaches of Tenmile Creek downstream of Tenmile County Park are good for carp and smallmouth buffalo. There are also a lot of smaller drum and channel catfish around. Fishing corn or boilies on a hair rig here can put you into a good amount of fish. The carp average between 10 and 18 pounds, but they can get larger. The buffalo are less common and have an average size of 6 to 10 pounds. This area around the mouth is also where most muskie are caught. You’ll obviously want to up size your line if you’re going for big fish.

When it comes to fly fishing, a five weight rod with floating line and a nine foot long 4x leader will cover Tenmile anywhere upstream of Clarksville. A lot of the so-called “junk flies” work wonders here. Especially for the trout which are usually fresh from the hatchery. Green weenies and their pink variants in sizes 10 to 12 are often all you need to catch fish here. A pink San Juan Worm also works well on the stocked trout, along with other native species like smallmouth and rockbass. 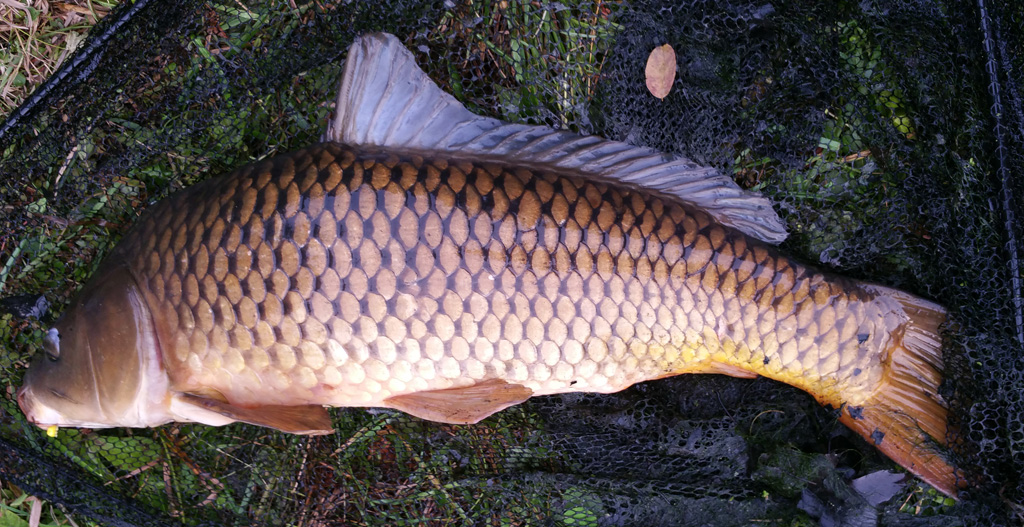 A common carp from Tenmile

Aquatic insect life in the stream is somewhat limited by sediment. Dobsonflies, dragonflies, and damselflies are common. Mayflies are few and far between, but I have seen some around the creek now and again. Hellgrammite and grub looking patterns like the black woolly worm can best match the hatch for native fish. They’ll work on trout too. Also try patterns that can mimic the abundant crayfish here. I like a Clouser Minnow for that. I’ve also caught bass on foam hoppers during the warmest months of the year.

The portion of Tenmile Creek that flows between US Route 18 and US Route 19 near the town of Amity is classified as a “Stocked Trout Stream” by the Pennsylvania Fish and Boat Commission. That means this stretch of the creek is closed to fishing from March 1 until the trout opener in April.

The rest of Tenmile Creek falls under general inland fishing regulations for Pennsylvania. You can fish with up to three rods, with no limit on the number of hooks per rod. Fishing in the entirety of Tenmile Creek can be done with traditional angling methods using bait, lures, and flies.

Outside of the Stocked Trout portion of the stream, Tenmile Creek is open to fishing year round. Of course there are seasons and limits on species like bass and walleye. Trout stocked by the state and private groups can sometimes be found outside of the official “Stocked Trout” area. Obviously they must be released when trout season is closed in March and the first part of April.

The Pennsylvania Department of Environmental Protection has issued a fish consumption advisory for the entire length of Tenmile Creek. The DEP reports that freshwater drum in the stream are contaminated with mercury. They recommend against eating more than one drum from Tenmile per month. I wouldn’t even eat one.

Additionally, the lower end of Tenmile Creek gets a lot of back flow from the Monongahela River. Fish also migrate back and forth between the river and the creek. The DEP says carp in the Mon River are contaminated with PCB. They recommend you don’t eat more than one carp caught from the river per month. That would have to go for the carp in Tenmile too.

Tenmile Creek Fishing at a glance 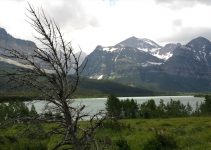 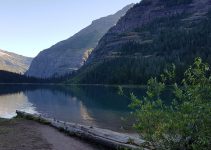 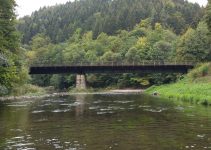