The yellow humpy is a classic dry fly pattern from North America that works all over the world. This hairwing fly floats high, which makes it a great choice for fishing fast flowing water. The yellow humpy is a popular fly all over the eastern United States. It is a great choice for fishing high gradient streams. Especially if they hold brook trout.

Since the yellow humpy doesn’t look like any real insect in particular, it is considered an attractor pattern. That means it can be fished pretty much any time. So it’s a good choice to prospect with if there is no hatch going on and you don’t know what the fish are eating. At the same time, you can also fish a yellow humpy during a hatch and still catch fish if the conditions are right. So it’s a great pattern to carry in your fly box.

How to fish with the yellow humpy

As I mentioned, the yellow humpy is an attractor fly that doesn’t really look like any specific bug. Instead it has a general profile that fish could mistake for any number of insects ranging from Eastern Sulphur mayflies to yellow sally stoneflies. Or it could be a grasshopper, ant or even some kind of beetle. Whatever the case may be, fish attack this fly left and right. You can even fish this on days when there is no visible sign of insect activity and still catch fish! 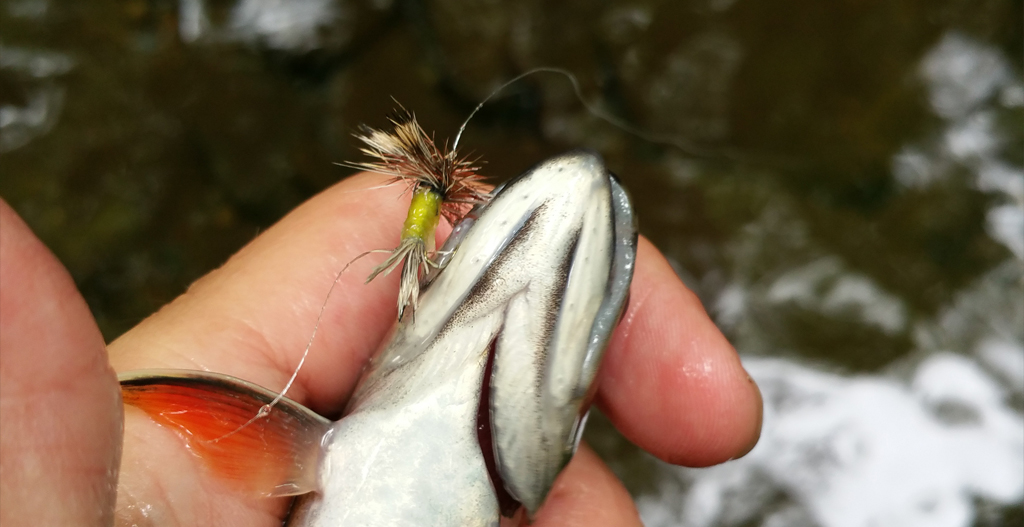 The yellow humpy is great for brook trout

I typically carry yellow humpies in sizes 12 down to 16. Even on the small end of the scale these flies float high and long with wings and tails made of hair. That is good on fast flowing streams with lots of ripples and plunges that can drown more delicate dry flies. You want the yellow humpy to float up on the surface of the water where you and the fish can see it.

The yellow humpy floats very well on its own. Still, I do tend to dress it with a little bit of fly floatant like Gink. A dab of that early on will keep the fly floating for hours. Even if I’m fishing around plunge pools and strong currents that continually pull the fly down under the surface. It also helps keep the fly floating after several trout take it. That can only be a good thing.

The yellow humpy floats well enough to support a dropper fly too. So I take advantage of that whenever possible. I find that hanging a small green weenie or pheasant tail several inches behind the yellow humpy leads to a lot of additional action. Many times a fish will come up to look the humpy or even take a swipe at it and miss. Then they’ll notice the other fly and grab it instead. It definitely adds to my success. 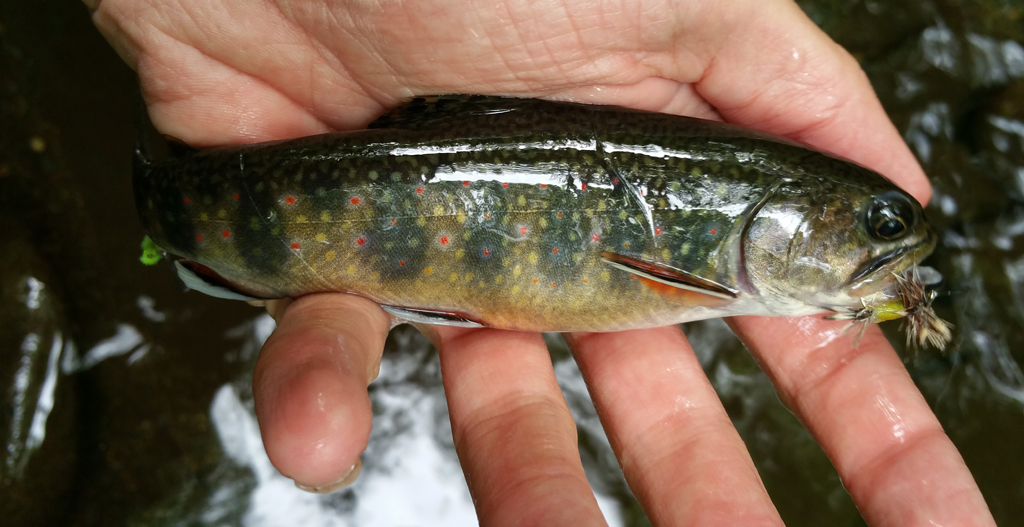 This beautiful brookie took a yellow humpy with a dropper

Yellow is generally a good color for both trout and panfish. It seems to especially appeal to brook trout living in the mountains of the eastern United States. There are many theories about why this is true. But it definitely is. That helps explain why the yallerhammer is one of the most legendary traditional flies of the southern Appalachian mountains. The Cherokees were using yellow feathers to catch trout before that fly was even known. Yellow is a good color for mountain brook trout, plain and simple.

I don’t think the yellow humpy is a particularly great choice for slow or still waters. Sure it could work in a farm pond if you were fishing for bluegills. But then so could a whole bunch of other patterns. In other words, you could fish a yellow humpy in a swamp and maybe catch some fish. But it is not a fly you absolutely need in that situation. Yet I do recommend that anyone fishing moderate to fast flowing mountain streams like Linn Run in Pennsylvania carry at least some yellow humpies along.

The yellow humpy is one of my go to flies when I am looking for brook trout in small to medium size mountain streams. Though those aren’t the only places I fish it. I pretty much always have some yellow humpy patterns with me whenever I am fly fishing. They work well enough in a wide variety of situations to make them a regular part of my fly fishing arsenal. Since I like the pattern so much I make sure that I always have some of these flies available. I don’t want to get stuck out on the water without them. 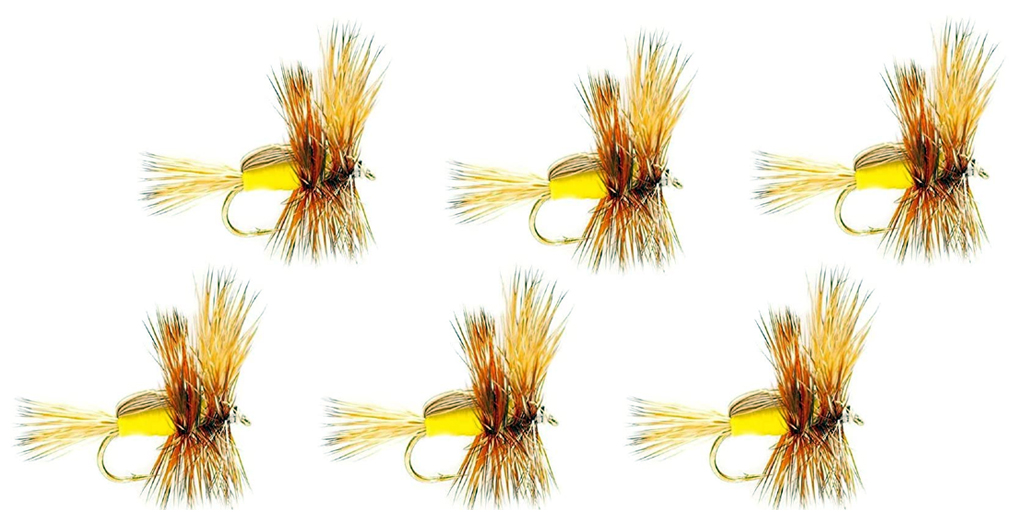 The yellow humpy has been around since at least the 1940’s, so it is a pretty well known fly. I don’t know who created it. There are a lot of different stories floating around out there. Frankly it doesn’t really matter in the grand scheme of things. What is significant is that this fly has been widely adopted by anglers all over the United States and even the world. I’ve seen yellow humpy dry flies for sale in Europe enough times to know.

I would like to say that you can pick up yellow humpies at every fly shop you go to. Unfortunately that is not the case. Although this is a classic dry fly that has been around a long time, they’re not always available. It can be really hit and miss in terms of in person shopping. That’s why it is a good idea to tie your own yellow humpy flies or order some online. You can order reasonably priced yellow humpy dry flies and have them sent right to your door. These days they even carry yellow humpies at Amazon.

You can typically find yellow humpies reliably at some fly shops where they know how well this pattern works. For example, I almost always see yellow humpy dry flies in the box down at Little River Outfitters in Townsend, Tennessee. Since the yellow humpy is so effective in the nearby Great Smoky Mountains and in Appalachia more generally this is only appropriate. Little River Outfitters also carries patterns like the green weenie that work in the nearby waters too. That’s one of the reasons it’s a good fly shop. 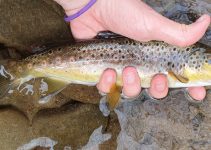 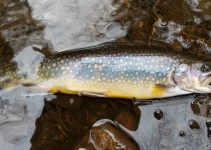 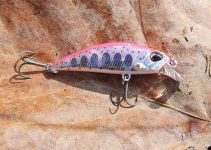