The green weenie is a basic fly that catches a lot of fish. The story goes that this fly originated in Western Pennsylvania. Fly tier Fred Bridge says Ken Igo and Russ Mowry came up with the fly in Westmoreland County. I used to hear that it was created for fishing the Loyalhanna which flows through that county. The fly also got an early mention in Charles Meck’s book Pennsylvania Trout Streams and Their Hatches. Since there was an actual product called the Green Weenie made in the area this all seems about right.

In any event, the green weenie is a fly that can catch fish all over the world. I’ve caught fish with this fly all over the United States and in some other countries too. It’s a very simple pattern, but it works. There are also a lot of variations around, and many of them work well too. The green weenie can even be fishes on regular spinning tackle and catch a lot of fish. So you definitely want to carry some green weenies with you on the water.

How to fish with the green weenie

A green weenie is basically made up of a piece of green chenille wrapped around a hook. There honestly isn’t that much more to it. A lot of times there will be a loop of fabric back at the tail. This seems to be the way the flies were originally tied. I haven’t noticed a lot of difference in catch rates when the tail was left off. So I don’t think it matters much.

A green weenie looks a lot like an inch worm. I’ve seen fish viciously attack inch worms that have fallen in the water from Pennsylvania down to North Carolina. So I know that fish from brook trout to bluegills snap them up. I can only guess that a lot of fish that hit the green weenie think it is an inch worm, though that wouldn’t explain why this fly works in the middle of January. It wouldn’t explain why color variants like the “pink weenie” also known as the red hot and the barbie fly. 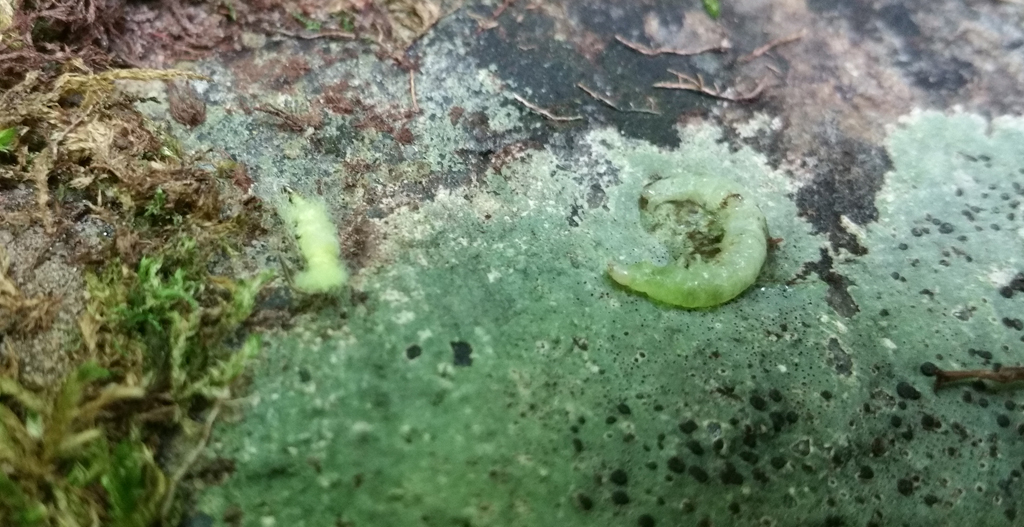 What does a green weenie look like? You tell me.

Another idea is that the greenie weenie looks like a caddis larva. That could definitely be true. They are long and green. So that might explain why weighted and beadhead green weenies work so well for trout. But that still wouldn’t explain why a size 6 green weenie can catch lake run salmon. The point is, the fly can be an inch worm imitation, a caddis worm imitation or just a general attractor pattern. In every case it catches fish.

The green weenie comes in a variety of styles. The traditional fly is unweighted. You can fish it just under the surface. Weighted and bead head greenie weenies can be fished deep like nymphs. There are also jig style green weenies tied on bent hooks that present horizontally in the water. They can be fished like nymphs on a fly rod or you can suspend them under a float using a spinning rod and reel.

If you’re going for panfish just cast them out to where the fish are and follow them down as they sink. Fish will usually grab them on the fall.I don’t want to oversimplify things, but that usually does the trick. When it comes to fishing green weenies for trout, things can get a little more complicated. But a lot of that comes down to the angler.

“Regular” unweighted green weenies are particularly good trailer flies for brook trout in the mountains. I like to hang one a couple of inches behind a yellow humpy dry fly when I am fishing high gradient streams for brookies. I usually catch as many fish on the weenie as I do on the humpy. I’ve also picked up a decent amount of rainbows and brown trout this way.

Weighted flies can be fished straight from the end of the line. You either watch your line for “ticks” or takes as it drifts. If you have a long rod and hold most of the line off of the water, you are basically “euro nymphing.” If you use a long limp line, I guess you are just nymphing. If you fish it at the end of a fixed line tied directly to a tenkara rod, then you are tenkara fishing. You can also fish the fly under a strike indicator and watch it to detect bites. 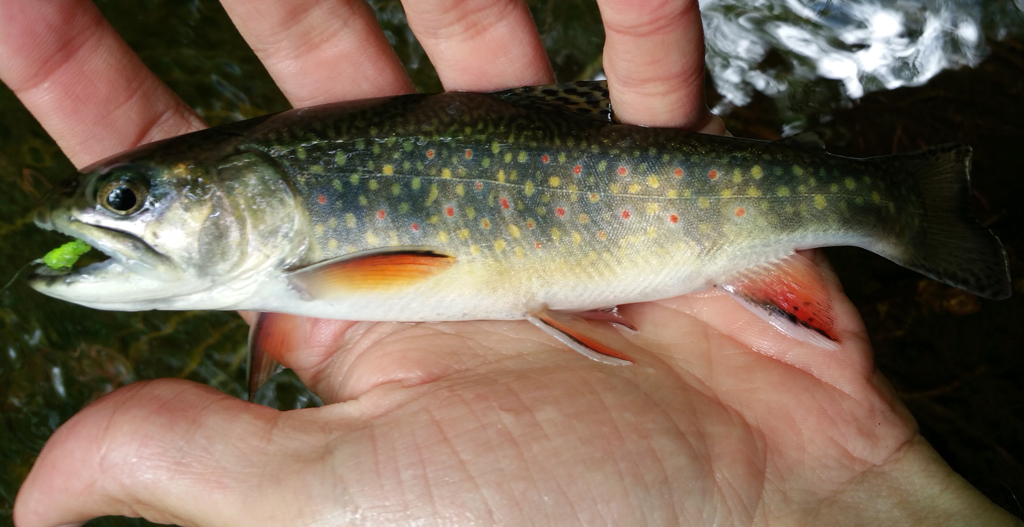 This beautiful brook trout snapped up a green weenie

Some people don’t like to hear this, but “strike indicator” is really just another word for a bobber or float. When you drift fish the goal is to make your presentation flow naturally with the current. You don’t want it to go any faster or slower than the current you are fishing. So you want to eliminate drag that makes your presentation move at the wrong speed.

You can keep fly line off the water with long rods, high sticking, mending and other tricks. Or you can just a long ultralight spinning rod with low diameter line. When you do that, you can keep the majority of your line off the water and come as close as possible. I like to nymph with a 10’6″ ultralight rod with a small spinning reel spooled with clear 2 pound test. I attach a small float to my line. Below that I add a few small split shot. Then I tie on the green weenie. I cast this through all the fishy looking runs and follow the float and it drifts. I keep my line off the water to allow the presentation to float naturally. When I see the float hesitate, I strike. I have taken hundreds of trout this way over the years, from New Jersey out to Idaho. It works.

Where to buy green weenie flies

Green weenies are sometimes derided as “junk flies” by people who probably take things a little too seriously. They are easy to tie though. All you really need is a hook, some fly tying string and a length of chartreuse chenille. Since they’re so easy, you might not want to buy green weenies at all. 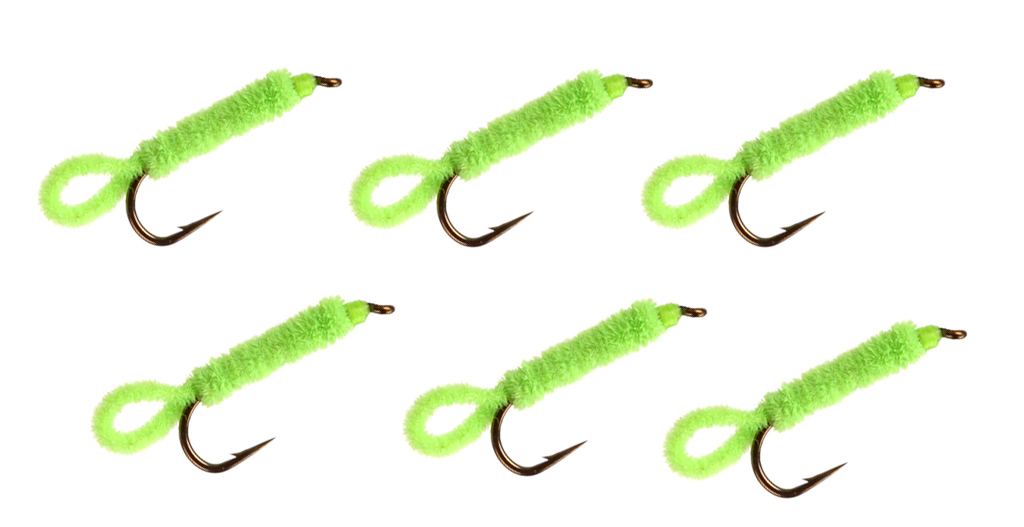 Yet countless people do buy these flies all the time. Maybe they don’t want to tie their own. Maybe they don’t have the time or opportunity to tie their own. They might end up at a river or stream without any weenies in their vest. Or perhaps they would just rather spend their time on the water than in front of a fly vice. No matter the case, green weenies are widely available and easy to find.

Some fly shops sell green weenies. Others don’t. They are pretty common, but you can’t always count on them being there. Stores like Angler’s Emporium in Western Pennsylvania and Little River Outfitters in East Tennessee usually have green weenies available in store and online. Of course you can always find green weenies at Amazon too, if that’s where you like to shop.

Don’t be afraid to walk in and ask for green weenies either. Forget about the “junk fly” stuff. Hold your head high and know that you’re using an effective fly without over thinking it. After all, fishing should be fun. I wouldn’t hesitate tie on a green weenie at any time of the year whether I was using a fly rod, a spinning rod or a tenkara rod. In a lot of situations they are one of the best searching patterns you can use. Whether you are fishing for little bluegills at the local pond or big brown trout running the tributaries of the Great Lakes you can hook up with the green weenie. That’s why I always have some green weenies in my fly box. Do you? 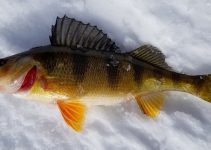 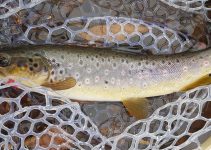 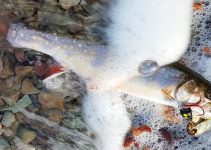